Officially, there are 2,900 single mothers in Sabah. That at least is how many who have registered with the Sabah West Coast Single Mother Association, according to Noraini Nooriman, 48, its chairwoman. She thinks there are 300 more scattered all over Kota Kinabalu and in towns in 17 districts such as Beaufort, Sipitang, Papar, Kinarut, Tuaran and Kota Belud. The federal and Sabah government have been helping them and a micro-finance scheme has given about 10m ringgit ($3.2m) of loans to more than a thousand of them to help them set up small businesses. Now the Sabah Women Entrepreneurs and Professionals Association (Swepa) has donated 20,000 ringgit to these poor women.

Noraini says the money comes in handy to fund her association work in training her members for vocation and business. These women – widowed, divorced or just abandoned by their husbands – are some of the poorest people, according to government officials. Slightly more than half of them are unable to fend for themselves and their children. Many are sick and are trapped in towns working as cheap labourers or factory hands.

Sociologists say they can’t return to their village to carve out a good rural living out of shame. And so help from voluntary associations such as Swepa has been a godsend for these helpless women. They are taught how to cope with their lot learning vocational and business skills to cope with life in towns which is very different from that of their village.

Free health care and education for their children have helped to ease their burden, they add.

Smile to the world 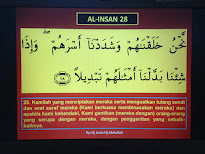 Donate To The Needy